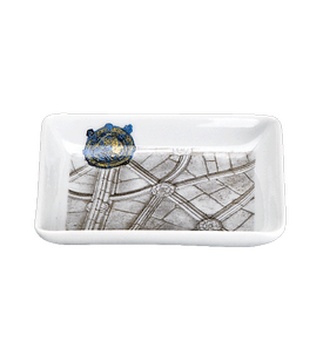 The Monastery of Jerónimos was commissioned by King D. Manuel I in 1501 as his royal pantheon, being closely associated to the Portuguese Discoveries. It was built thanks to the so called vintena da pimenta, which was a percentage charged on the income from trade with Africa and the Orient. The initial project, by Diogo Boitaca, was continued by João de Castilho, Diogo de Torralva and Jerónimo de Ruão. Its Manueline style includes elements from the Final Gothic period, as well as from the Renaissance
This monument was listed on UNESCO'S World Heritage in 1983
Detail from the church’s crossing vault. João de Castilho - 1st Quarter 16th century