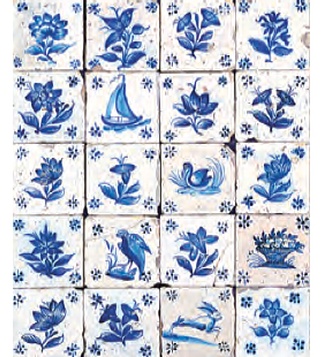 Mouse pad inspired by a detail of a blue and white single-figure azulejo panel dating from the first half of the 18th century.

The single-figure azulejo, so called because each azulejo contains an independent image, appeared in Portugal at the end of the 17th century, under Dutch inspiration. These azulejos repeat simple motifs such as flowers, animals, boats or people and have a naïve design, characteristics that seem to reinforce the theory that they are the first works of young apprentices.