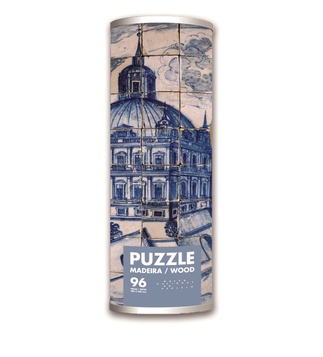 Wooden jigsaw puzzle, with 96 pieces, inspired by the detail of Terreiro do Paço Square of the blue and white azulejo panel Grande Panorama de Lisboa, attributed to Gabriel del Barco (1648-?), dated around 1700.