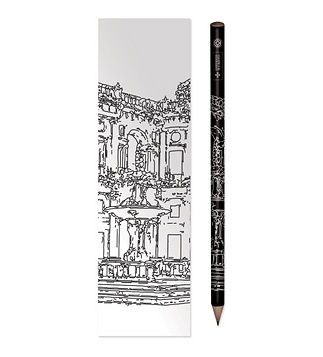 Charcoal pencil and bookmark, inspired by a detail of the Main Cloister, also called Cloister of D. João III.