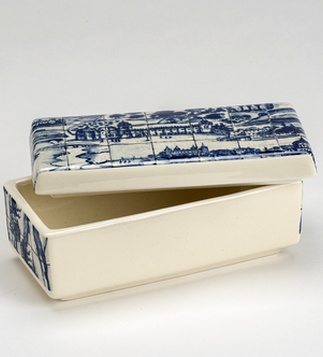 This panel has been attributed to Gabriel del Barco (c. 1700). With a large dimension of 23 meters long, this panel represents the city of Lisbon seen from the Tagus river and is one of a kind work since its depiction of the city before the 1755 earthquake, wich left Lisbon pratically destroyed and under rubble. Thus, the paramount importance as one of the rarest record of what the city was like before the quake. Not only gets to have an idea what buildings, that were leveled down, looked like, but also palaces, churches, markets, bridges and water fountains. The panel also depicts the system of land transportation as well as the kind of boats that were used to transport passengers from one river bank to the other.
All these aspects allow us to know more about the history of Lisbon in the 18th century.