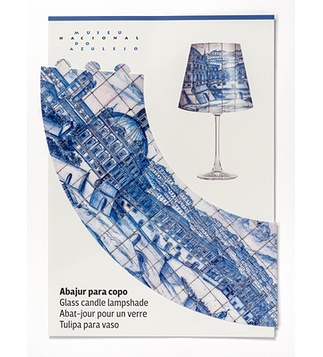 Glass candle lampshade, inspired by the detail of Terreiro do Paço Square of the blue and white azulejo panel Grande Panorama de Lisboa, attributed to Gabriel del Barco (1648-?), dated around 1700.