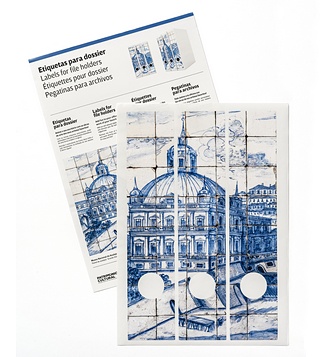 With these self-adhesive labels you can personalize and decorate your arch files in a simple and original way: peel off the stickers from the sheet and stick directly on the spine of the file. Lever arch files not included.