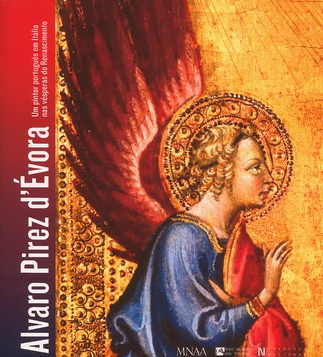 Alvaro Pirez is the earliest known Portuguese-born painter with a documented presence in Tuscany, Italy, where he worked between 1410 and 1434. Proving his Portuguese origins are the signature he left on the altarpiece of the church of Santa Croce de Fossabanda, near Pisa, in which he mentions his origins in the city of Évora, alongside a short reference by the great historian Giorgio Vasari in 1568, dubbing him «Alvaro Piero di Portogallo».
The artistic quality and historical importance of the painter Alvaro Pirez d’Évora, of whom little more than 50 paintings are known, framed within the context of Central Italian painting of the 15th century, are the point of departure for this major exhibition of his work and times to be presented at the Museu Nacional de Arte Antiga in Lisbon between November 29th 2019 and March 15th 2020. This exhibition is a testament to the close relations across the Mediterranean region at the dawn of the Renaissance, a proximity evoked today through a common project conceived by the Museu Nacional de Arte Antiga and the Polo Museale della Toscana.
The exhibition will feature a total of c. 85 pieces and will include paintings held in Portugal such as the beautiful Annunciation, which once belonged to the collection of the German Chancellor Konrad Adenauer, alongside works by other great Tuscan painters of the time. The exhibition is thus designed to present the cultural and artistic context in which the art of Alvaro Pirez d’Évora, the first Portuguese painter with a widely known body of work, was developed.

The exhibition will include important loans from major European museums, including institutions such as the Gemäldegalerie (Berlin), the Musée du Petit Palais (Avignon), the Museo Nazionale di San Matteo (Pisa), the Pinacoteca Nazionale di Siena, the Galleria d'Arte Moderna (Milan), and the Gallerie degli Uffizi (Florence), alongside many other leading museums and private collections from Italy, France, Germany, Hungary and Poland.