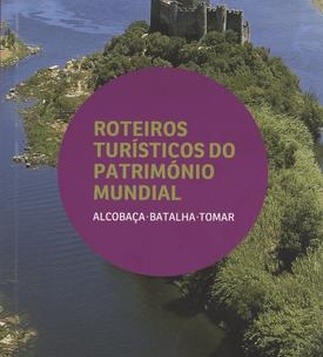 Spend two days searching for the “Treasure of the Templars”, hidden in the heart of Portugal.

Dedicate the first day to Tomar. Begin your journey in the Church of Santa Maria do Olival, one of Portugal’s earliest Gothic churches, commissioned in the 12th century by the Grand Master of the Knights Templar, D. Gualdim Pais, as the pantheon for the Order. In the Church of São João Baptista you can see symbols that recount the legend of foundation of the city. Nearby, visit the immaculately-conserved 15th century synagogue.

The Chapel of São Gregório embodies the perfect form of the Host, in glorification of the Eucharist. Before ascending to the castle, relax in Mouchão Park divided by the river Nabão. The park has a waterwheel that once served as an essential device for the local economy and is now one of the most frequently photographed sights.

The castle - founded in 1160 by the Knights Templar - was the most modern and advanced military fortress in the kingdom, inspired by fortifications built during the Crusades in the Holy Land.

Within the Convent of Christ, admire the “Charola”, a round church of the Templars - the largest and best-preserved of its kind in Europe, perhaps inspired by the image of the Church of the Holy Sepulchre and the mythic memory of Jerusalem and Solomon’s Temple, the order’s mythic founding site.

After being extinguished in 1312 by Pope Clement V, the Templars were succeeded in Portugal by the Order of Christ - that continued the crusading spirit during the epic era of the discoveries. The exotic sights visited by the caravels provided the inspiration for many of the Manueline decorative motifs, whose apogee is the Convent’s richly ornamented window. Walking through the Convent - that combines Romanic, Gothic and Mannerist styles - is like flicking through an art history book. On the way down from the Convent, visit the simple Renaissance chapel of Nossa Senhora da Conceição. In the Wood of Sete Montes look for the “Charolinha” - a miniature round church hidden within the leafy vegetation. Further ahead, observe the spectacular, 7 km long Aqueduct of Pegões, an important 17th-century public work. You’re bound to be tired but you’ll also dream about the fantastic locations that you’ve visited.

On the second day you’ll need a car. Follow the road to the dam in Castelo de Bode and if there’s time, take a cruise along the reservoir to appreciate the landscape. In Atalaia, visit the exquisite Renaissance parish church. Continue to Vila Nova da Barquinha, where you can take a short boat ride to the Castle of Almourol, that seems to rise up miraculously from the middle of the River Tagus.

This unreal setting conjures up legends of giants and mythic tales. Continue to Golegã - a land of horses and horsemen that contains the Quinta da Cardiga estate, which once pertained to the Knights Templar, but is now privately owned.

Further north in Ferreira do Zêzere, you can see the ruins of the Tower of D. Gaião in Pereiro and visit the town of Areias, in the old Templar lands. Conclude the route with another precious element of this “Treasure” – the Tower of Dornes.

A rare example of military architecture, built by the Knights Templar in order to defend the zone, it blends harmoniously with the pretty village overlooking the banks of the reservoir in Castelo de Bode. Another breathtaking image you can take home with you.