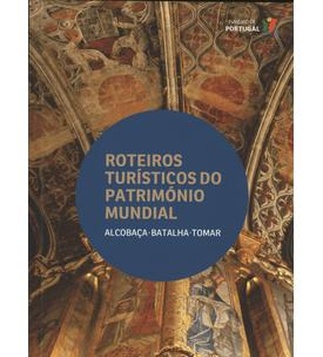 Imagine yourself at King Arthur’s court, as a Knight on the quest for the Holy Grail. Instead of the Kingdom of Logres, this quest will take place in the heart of Portugal, in the landscapes of Europe’s West Coast, once populated by Knights Templars and Cistercian monks.

This is the theme underlying a two-day itinerary that enables you to redesign mythical geography and set forth on an inspiring endeavour, that will end in Tomar, the meeting place of the questing knights.

The journey will begin in Alcobaça - in the monastery built by the Order of Cistercians who adapted the pagan tales of the Grail quest in accordance with the precepts of Christian virtues. This is also Portugal’s first Gothic temple, reminiscent of the Abbey of Uther Pendragon, where Sir Galahad undertook his vigil and discovered his mission. Continue to the military battlefield of Aljubarrota, where D. João I defeated the Castilian armies and secured Portugal’s independence - just as Sir Lancelot once defeated King Lionel at the Painful ground.

The monastery of Santa Maria da Vitória celebrates this extraordinary feat through a building of sublime architecture, as epitomised by the Imperfect Chapels. Continue on to other locales that remind us of tales of chivalry. For example, the Serras de Aire e Candeeiros Natural Park is reminiscent of the Waste Land with lakes that suddenly appear or disappear, - such as the Polje de Minde, with its deep caverns and exquisite grottoes.

The Castle of Almourol, isolated on a small island in the middle of the River Tagus, was an important defensive bastion of the Knights Templar and serves as an imaginary stage for legends of damsels and giants. Dedicate your second day to Tomar - a city filled with esoteric symbols. In the Convent of Santa Iria observe the saint’s statue in the place where she was martyred.

At the base of the statue there is a figure linked to King Arthur - a bull looking north towards the constellation of Bootes where the star Arcturus shines brightly. In the Church of Santa Maria do Olival, a Templar pantheon, discover the signs of Solomon and several stars of David. In our imaginary quest, this represents the Hermitage of the Red Olive Tree, the setting for the prophetic visions of Gawain and Estor. Around 30 kms away, discover the watchtower of Dornes - a “strange castle” that belonged to the lover of the Knight Dalides.

Closer to Tomar there is a cup-shaped natural swimming pool known as “Agroal” - an anagram of the Portuguese word for The Grail (“O Graal”). In the city-centre, observe the water wheel of the River Nabão similar to the wheel-shaped seal of the first King of Portugal, D. Afonso Henriques in which we can read the word “Portugral”. Is this perhaps, “Door to the Grail”? Visit the Wood of the Sete Montes, the “Garden of Urganda”, and discover the “Charolinha” (small round chapel) in the midst of the leafy vegetation. Then walk up the hill to visit the castle and Convent of Christ.

This architectural complex reproduces the layout of the walls of Jerusalem, housing the Church of the Holy Sepulchre, and where the Manueline Church is a copy of Solomon’s Temple in terms of its proportions. The beautiful round Chapel, (“Charola”), where the Templar Knights attended mass, surrounds the altar – a round table.

This could be the spiritual palace where the holy chalice once appeared, thus rounding off this itinerary, a quest in which the “Grail” doesn’t have the form of a chalice, but instead corresponds to the discovery of spectacular landscapes and monuments.